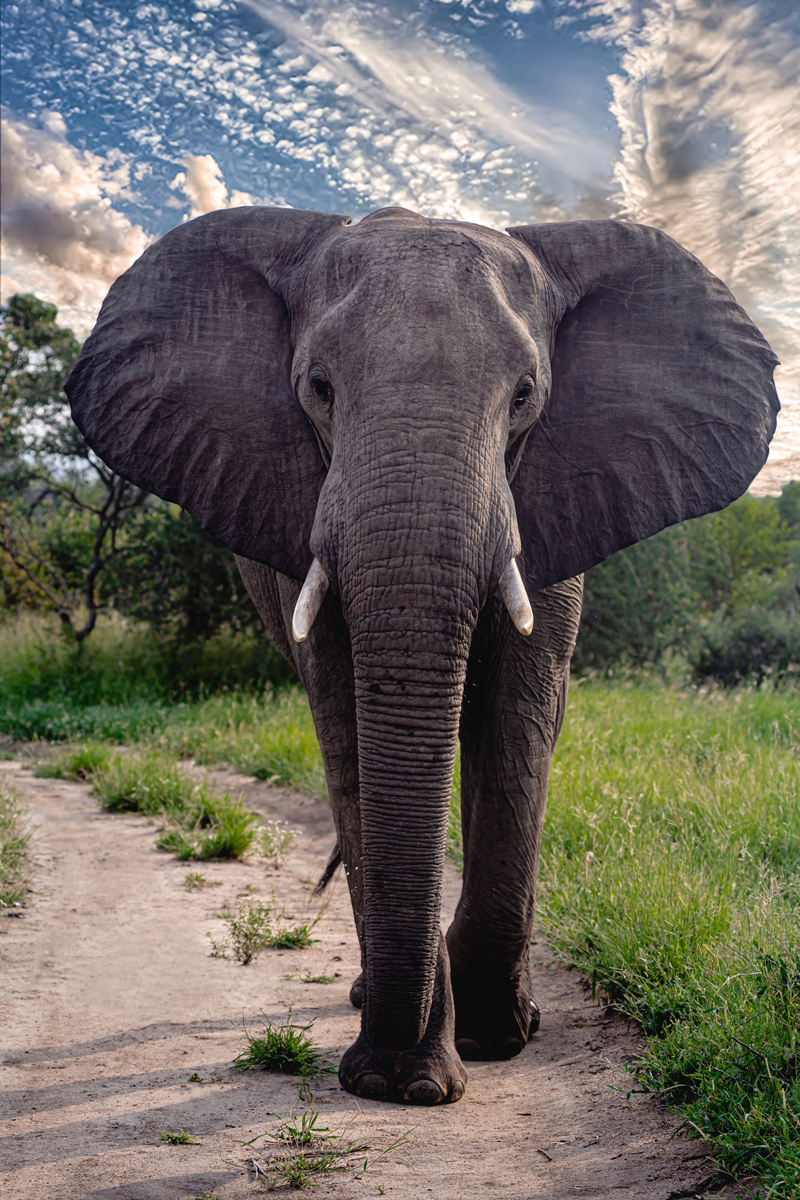 Hunted for its defenses, stripped of the wild nature that saw it grow, the elephant sees its flock shrink like skin of sorrow in East Africa. Punctuated by the flourishing conflicts here and there between human tribes, the life of this pachyderm is receding, caught in the trap of the ambitions of poachers greedy of ivory and the needs of peasants defending an agricultural land ever more greedy in territory.

Fortunately, some specimens have found a way to thrive among the steppes of southern Africa in benevolent reserves, a real refuge where the species has been reborn.

Nevertheless, any benevolence comes with a price that it ends up being impossible to ignore and it is a victim of its success that the African elephant attracts once again the lightning of poachers and farmers.

Indeed, the majestic animal roams in increasing numbers out of the harbour given birth by the employees of the reserve to finally have to extend its sanctuary to the fields of the region, making of it the prey of humans little inclined to abandon their livelihood.

Unfortunately, some individuals in the herd flourishing within the reserve do not experience a better fate since the pachyderm is faced with an overpopulation that the healers must control.

The Albanu Foundation was founded in order to contribute to the building of harmony between man and animal. Established in South Africa, our organization is the crystallization of a love full of admiration that comes with a deep respect for this descendant of the mammoth and its fragile ecosystem. The double vow, formulated by its founders and the heirs who are today its active members, is in the image of the fight waged for these creatures: pragmatic and ideological.

Pragmatic first, because it is a question of sensitising local and foreign populations to the problems that the disappearance of the elephant would pose in terms of natural balance, but also to raise the funds necessary to remove the spectre of such a situation.
Ideological then since it is all the poetry of a single species and the symbolism that attaches to it in a multitude of cultures that it is essential to protect.

Beyond the wonderful symbolism of the African elephant, it is the gravity of the disappearance of this creature whose fragile ecosystem demands survival that has convinced the Albanu Foundation to continue its efforts and even extend them.
From an attempt to rescue and accompany the continent’s pachyderms towards a harmonious and sustainable way of life with the species they live alongside, of which man is a part, The Foundation’s mission has evolved into an initiative covering all threatened species on African soil.

The elegance of bracelets of a most honorable symbolism

It is through words of unwavering benevolence that one guesses a passionate founder in the person of Margaux Claret, at the origin of the project “Albanu Foundation”.  To offer a chance to endure to beings whose exceptional stature hides a touching fragility: this is the objective of Margaux, true lover of the descendants of the Mammoth, silent witnesses of a past climate that did not yet bear the imprint of Man.

The committed and unique character of this approach echoes the original aesthetics of a jeweller with a singular work, a legacy that has survived the inimitable style of René Albanu’s jewellery, born in an interwar workshop where steel, gold and diamonds are already intertwined.  Bringing to the world “lucky bracelets” inviting the senses and imagination to embark together on a journey that still lasts today, the worthy successors of the jeweller craftsman could only be part of the fight led by Margaux and her team.

Since its beginnings, the ethic of Albanu’s aesthetics has been embodied in the unique creations of personalities such as Alain Delon and the Prince of Monaco. It is by celebrating the art and grace of the elephant that the Albanu House was able to give substance to the shelter that is the Foundation for the creature it loves.
The payment to the benevolent organization of 10% of the revenues from its sales is indeed the way for the House to contribute to live the source of inspiration that are the elephants.

The Albanu Foundation has partnered with NGS-DRONE on a new technology that will help daily monitoring of anti-poaching units and researchers studying the behaviour of endangered species.

The GUARDIAN solution developed by NGS-DRONE makes it possible to protect endangered species via new technologies onboard drones and iots. Initially adapted specifically to elephants and rhinos, GUARDIAN is able to track their movements and coordinate actions to secure areas and guard against any threat of poaching.

This innovative GUARDIAN solution is the main device that relies on the integration of fixed or mobile interconnecting terminals, the exchange of secure information and traceability between the different IOT and DRONES devices positioned on the ground of the areas to be controlled. These GUARDIAN terminals ensure technological interoperability and coordination of prevention and intervention actions in field operations.

The federation of all the security devices of a reserve is ensured by the supervision via the control tower (local or cloud) and the positioning in strategic places of the different elements composing the GUARDIAN solution (IOT, DRONES, Response Vehicles, etc.). This approach makes it possible to optimise as much as possible the rapid controls and actions undertaken by prioritising prevention which ensures above all the protection of people and endangered species.

The Albanu Foundation, in partnership with Anyvision, provides a powerful facial recognition and body detection system coupled with fixed or embedded cameras on drones. 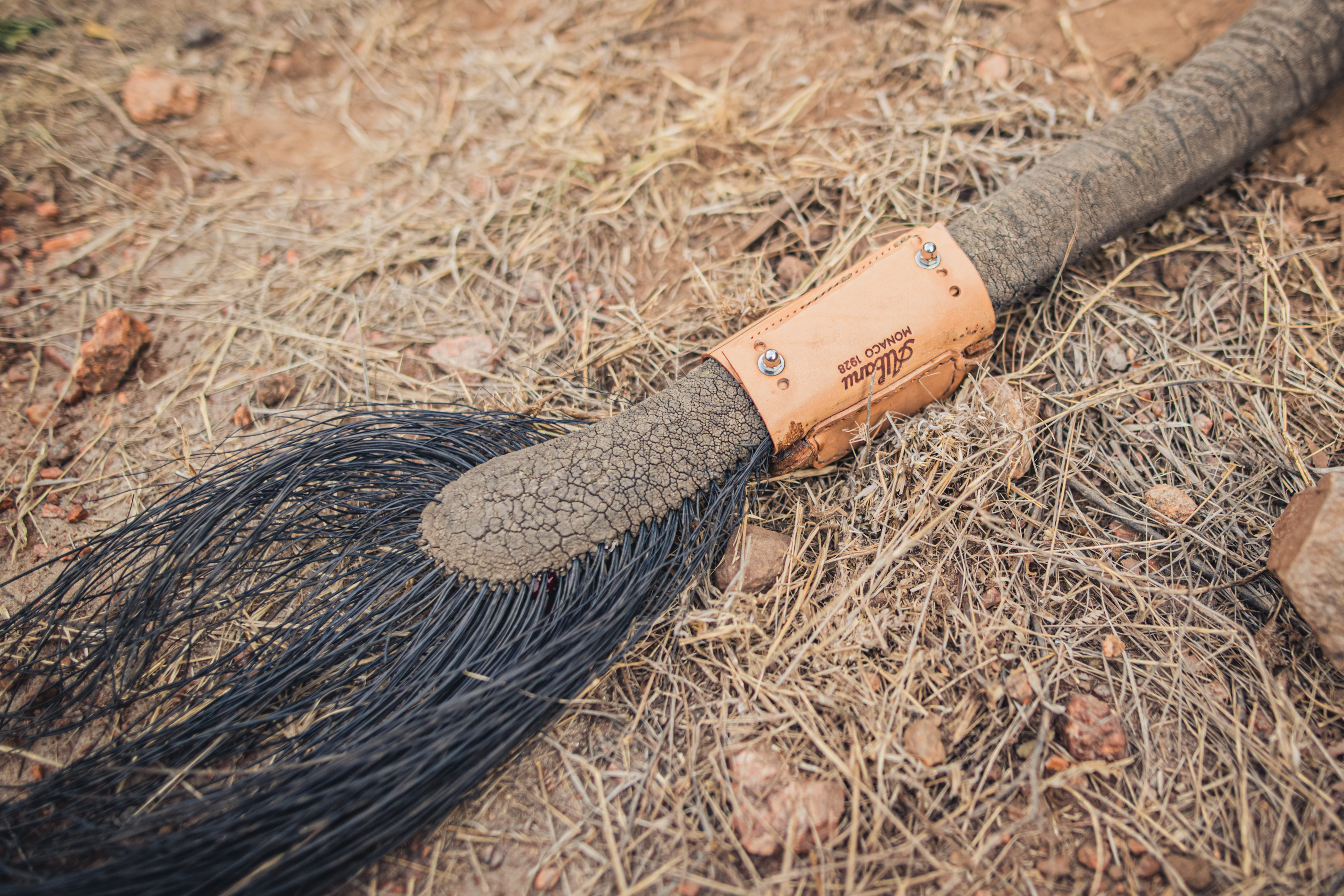 The tracking features associated with the GUARDIAN solution make it possible to track the movement of elephants and to be alerted in case of location in an unauthorized area.

By positioning miniaturized trackers on elephants rather than heavy and restrictive collars for the animal, drones incorporating GUARDIAN terminals will be able to immediately locate and locate elephants by flying over the affected areas.

Movements are analysed to deduce behaviours and impacts on the protection of the animal and surrounding populations. Elephants can indeed cause significant damage to crops and sometimes infrastructure if not controlled.

The positioning mode of the terminals on the drones prevents multiple fixed terminals from being installed on the ground involving prohibitive costs related to maintenance and very frequent damage in these regions of Africa. However, solarpowered autonomous stationary terminals may be positioned at specific locations to ensure a reinforced and permanent security of the area under consideration (e.g.: field of cultivation to limit the intrusion of elephants, etc.)

The anti-poaching features associated with the GUARDIAN solution enable us to provide, via drones, effective support to field staff during monitoring and control operations against the poaching of elephants and rhinos.

The GUARDIAN terminals positioned on the drones provide active surveillance for the entire duration of an operation to secure one or more areas of the reserve housing the rhinos and elephants to be protected.

A patrol drone provides real-time control of any events occurring on the ground in its overflight area. The AI function embedded in the GUARDIAN terminal of the drone analyzes all the events reported by the IOT, the images/videos as well as the information from other GUARDIAN terminals to determine whether there is a need to alert and interact in the face of a potential risk.

If a real threat is detected, the GUARDIAN terminal securely transmits alert codes to other nearby GUARDIAN devices. Notably a team patrolling with a pickup and having on its rear platform an interception drone. The codes are received and validated by the ground team to trigger the intercept drone response. This drone can replace the helicopter which remains very expensive and operationally heavy on this type of intervention. 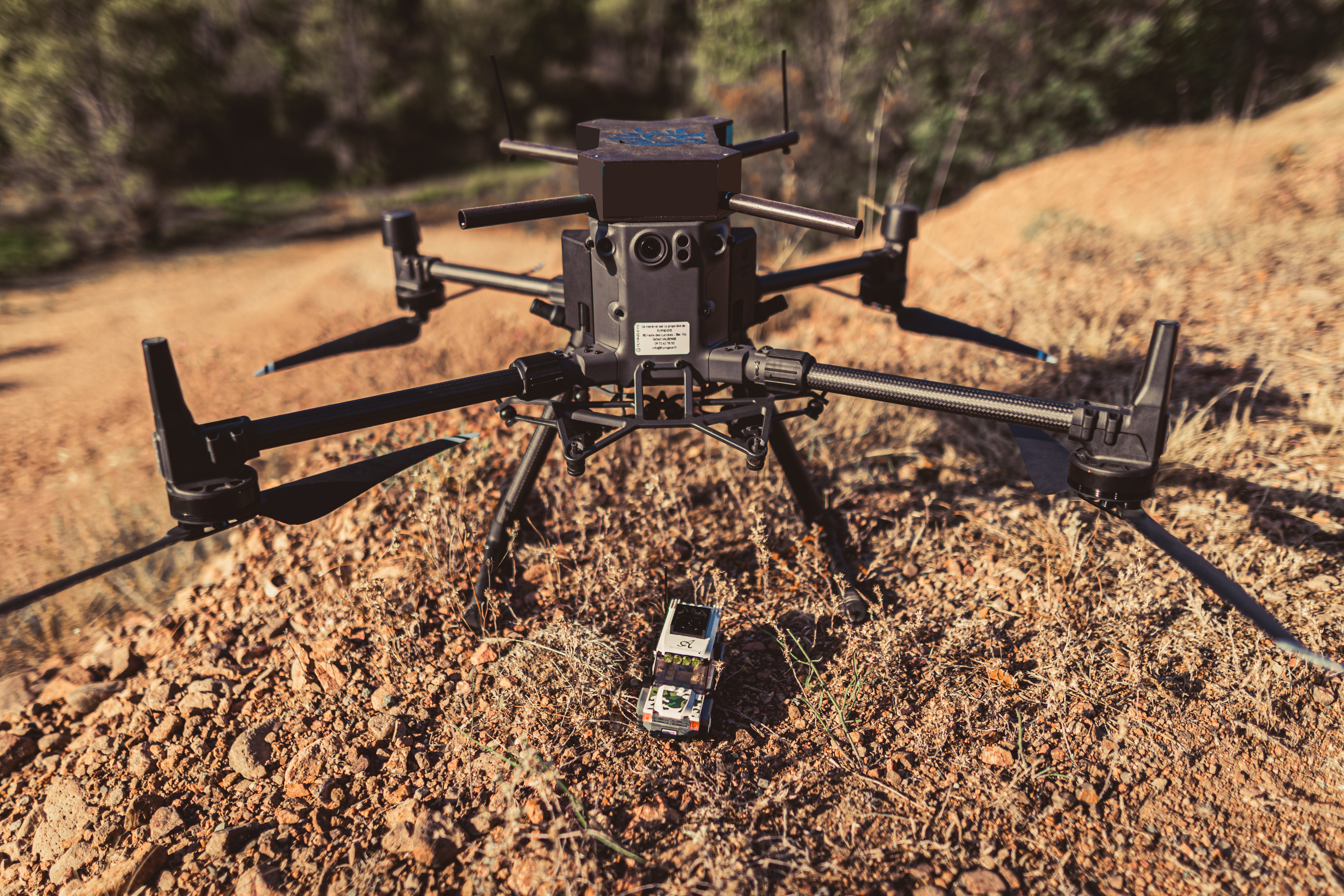 The interception drone, also equipped with a GUARDIAN terminal, immediately intervenes in a straight line at the scene of the intrusion indicated by the patrol drone in order to scare away poachers and protect endangered animals. The team carried by the pickup can either stay away by checking the actual escape of the poachers, or intervene with the drones in support to neutralize the poachers.

Craftsmanship sometimes offers to combine unbridled creativity with technical prowess celebrating human know-how. This is especially the case when the hands of the artisans of the Albanu House are busy around the elephants' hair delicately harvested from the ground in order to respect an original work ethic combining non-violent approach and authentic tribute to this animal totem.

With its own CITES, every creation that comes out of the workshops Albanu receives the guarantee of the strictest compliance with the Washington Convention governing trade in protected species.

The bracelets signed Albanu are thus accompanied by a guarantee of traceability on each of the natural materials used in their manufacture, that is to say:
- Elephant & Giraffe hair from 4 African countries (South Africa, Namibia, Zimbabwe and Botswana)
- Horsehair from Mongolia
- Buffalo horn from Vietnamese breeding

From the sales team to the management of Albanu, all the Maison’s employees join its artisans to express a common pride, born from a base of values crowned by a unique aesthetic: those of the timeless lucky charm bracelets in elephant hair. 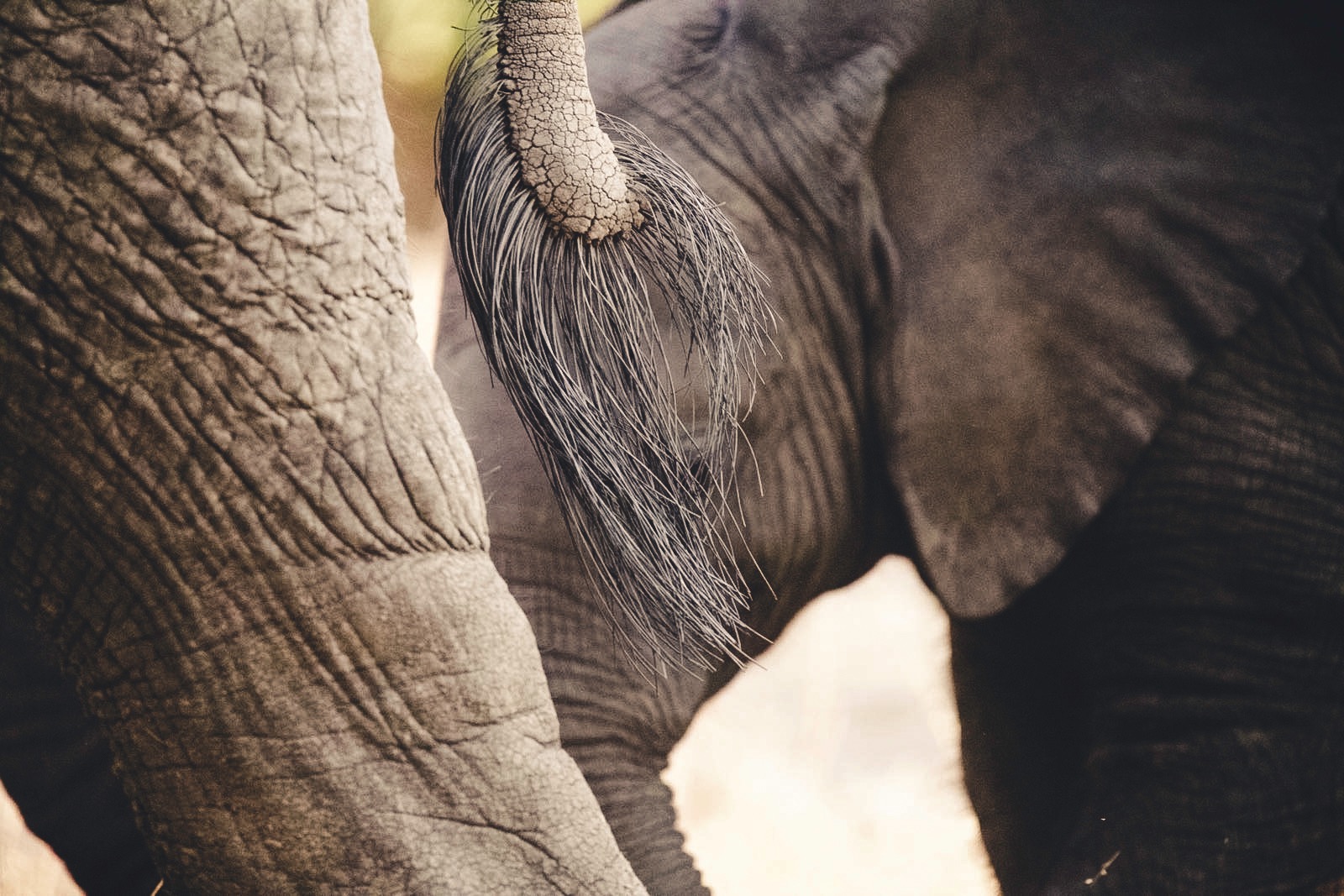